A video recently surfaced online showing the moment Nigerian singer, Tiwa Savage paused to show off her ‘Soapy’ dance moves during a photo-shoot. 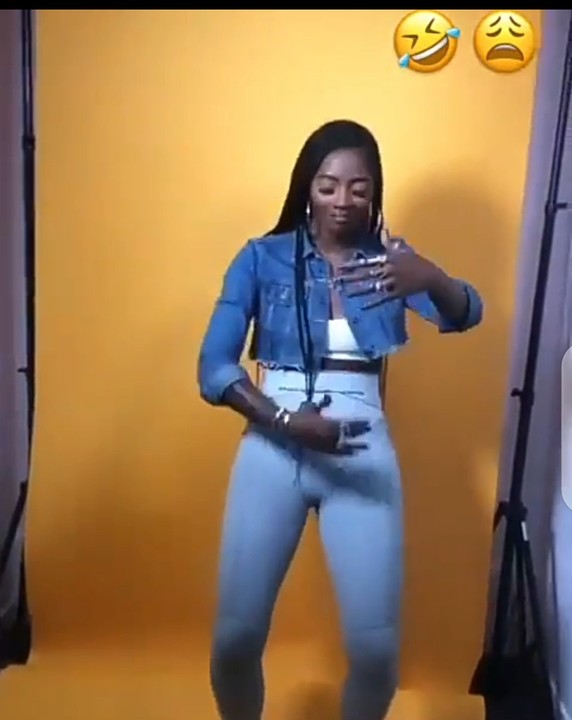 Jtowncluster ng recalls the female musician was also blasted for allowing her colleague, Wizkid grabs her bum and kiss her on stage in Paris.

It appears the mother of one likes to keep tongues wagging as she revealed her bum is soft to press.