We are not so sure what’s cooking between these two legends but we know whatever it is, it is definitely something huge to anticipate. 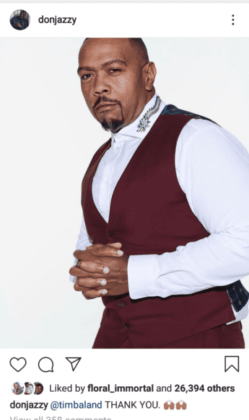 To add to, Don Jazzy has always been fondly referred to as Nigeria’s Timbaland. Without a doubt, these two producers have a lot of simulators which we’ll mention briefly.

Many artists have been nurtured under their guidance. They have both created some of their country’s biggest artists.

While one founded MMG (Mosley Music Group), Baba Jay is the boss of Mavins Records.

They’ve both been great mentors to their proteges in the industry and great influencers of this generation’s music and pop culture.