The wait is over! Illegal Music 2 is finally here… finally!

I know we all use the phrase “the most anticipated” quite loosely, but in this case, that cliche line is absolutely spot-on. Music fans have been expecting the release of M.I’s mixtape since last year, but for one reason or the other, it never dropped… till now.

#IM2 is an 18-track compilation of semi-original songs (hence the name “illegal”). Featured acts include X.O Senavoe, Phenom, Yemi Alade, Efa, 5Mics, SDC, Pope, Shaydee, Ruby, Boogey, Hench, Yung6ix, Loose Kaynon, Ice Prince, Pryse, Maytronomy, Funbi, Makiller and South African superstar HHP. From the list, you can tell that M.I is using this mixtape to “put on” several talented up & coming acts, and they all brought their A game.

It’s always a tough ask to follow up a #Classic body of work with another one, so hats off to Mr Abaga for putting out a solid mixtape. Feel free to download the whole mixtape as a zipped folder (if you’re using a computer) or download the individual tracks if your internet is slow (or you’re using a mobile device). Spread the word! 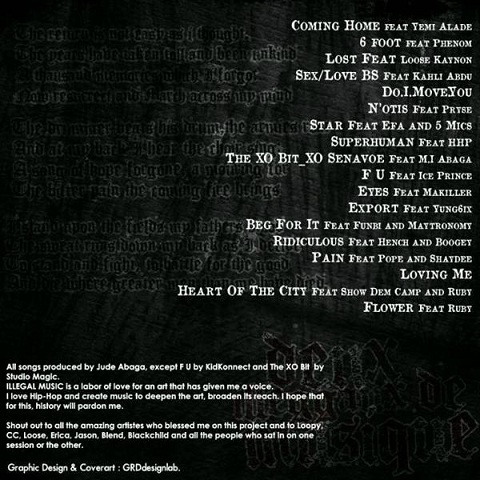