It’s not too common to have banging curves as a woman accompanied with a tiny waist or flat tummy, but Ini Edo has all these fantastic physical attributes at the age of 36.

Ini Edo rocked some versace designer wears together as she flaunted her inviting hips in a befitting pair of jeans.

She gave credit to her personal shopper for her collection of clothes. Ini Edo who hails from Awka Ibom is one of the s*xiest women who have graced Nigerian TV screens.

She began her film career in 2000, and has featured in more than 100 movies since that time. In 2013, she was announced as a judge for the Miss Black Africa Uk Pageant. 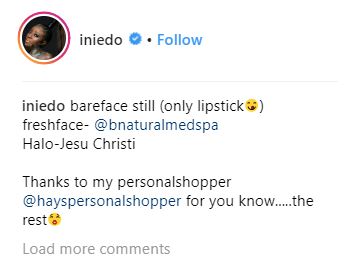 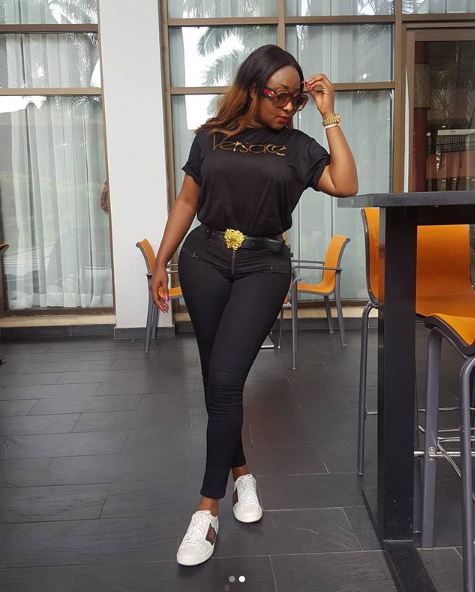