Nigerian singer Davido is today appreciating his fans for having been with him for years despite his failure to put out another album.

According to the father of three, it’s been 7 years since his debut album and in that time, have lost so many people.

It’s been 7 years since I last dropped a complete body of work. A LONG TIME. Since my first album you’ve been with me and watched me develop, grow. Progress, regress, and progress again. A TURBULENT TIME. Since then I’ve lost too many loved ones. HARD TIMES. 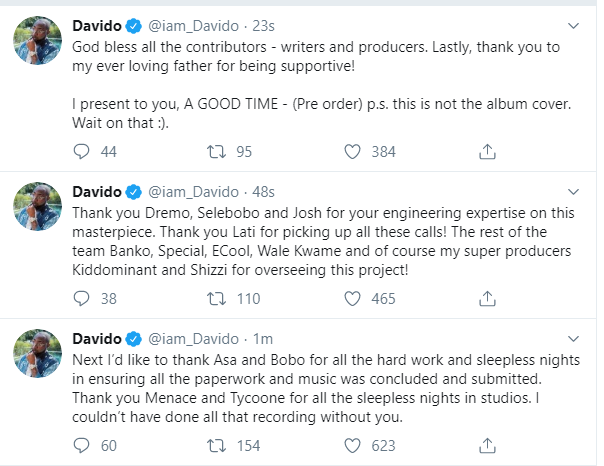