Helen Paul, a comedian, actress and television host, has released a parody of ‘Wo’, a hit song by rapper Olamide Adedeji.

In the video posted on Instagram, Paul can be seen wearing a hijab and praying for Akinwunmi Ambode, Lagos state governor. 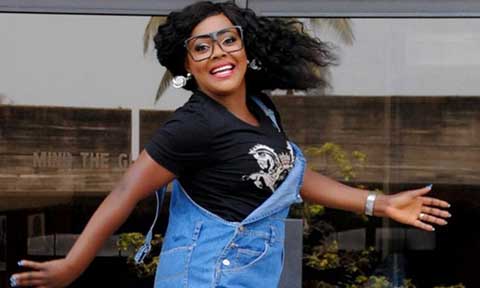 Helen Paul hailed the governor for constructing roads, taking steps to reduce accidents and traffic in the state as well as for the improved electricity in parts of Lagos.

She also celebrated his wife for being modest, adding that she will name her child after Ambode.

Ending the parody video, Paul urged Lagosians to vote for the governor as he seeks re-election in 2019.

Helen Paul’s video comes in the wake of the controversy generated by ‘This is Nigeria’, a cover of Childish Gambino’s ‘This is America’.

The Nigerian version was performed by Folarin ‘Falz’ Falana, an actor, rapper and comic.

The Muslim Rights Concern (MURIC) on Tuesday asked Falz to withdraw the video or face legal action while another group, Muslim Against Terror, said the artiste did no wrong by featuring dancers wearing hijab in his video.

According to Muslims Against Terror, hijab is not restricted to Muslims and can be worn by anybody.