An Abuja High Court has fixed 8th August 2018 for Runtown to appear and give reasons why he should not be sent to prison for disobeying Court Injunction made on 10th May 2018.

Eric Many, his former record label group made a statement:

‘Recall we served a Contempt Warning from Court on Runtown on 4th July 2018 after he defied Court Order and released a song.

‘Rather than heed the Contempt Warning and retrace his steps, he issued a Press Release in which he argued that the Injunction had expired.

‘The Injunction was to stop things until the hearing of our Motion seeking to freeze activities until a decision on his status (whether he had discharged his obligations to us or not) is taken. It barred him from performing or releasing songs for the time being’.

The legal advice we received was that Runtown was wrong in his interpretation of the Rules of Court he relied on since he was already served with our Motion and was represented in Court on 31st May 2018 when the Court adjourned to 27th September 2018 to hear the Motion and the one filed by Runtown himself! To turn around after that day to proceed to do what the Order barred him from doing, and what the Motion served on him (adjourned in his presence) seeks to stop, is unjustifiable under the 7-Days Rule he relied upon. That could probably apply to a person against whom an interim injunction was obtained without more’.

‘Based on this, we have done two things: One, we have obtained a ‘FORM 49’ against him to explain why he should not be sent to prison, especially when he continued to publicize fixtures for shows in Canada, Namibia, Europe etc and threaten to release more songs, both actions in defiance of the Court Order.

‘The application (now fixed for 8th August) has been served on him in the Punch as ordered by the Court. Two, since we will not allow him to continue to mock the Court Order we have applied and obtained a new Injunction to stop his actions to protect the Contempt Case. The new injunction bars him from his threatened defiant actions in Canada, Namibia, Europe etc. We believe the new Injunction has not also ‘expired’ and hope he respects the Court this time.

Please bear in mind that our main case in Court boils down to whether Runtown has discharged his monetary obligations to us and delivered one Album to us as spelt out in our Contract.

He has responded, so it will be good to allow the Court to decide what each party filed.

Let both sides apply restraint. As we always say, Eric many Limited will continue to follow the judicial process. We have confidence in the Rule of Law and will continue to patiently follow the due process until the wrong done to us by Runtown after our heavy investment on him is redressed’. 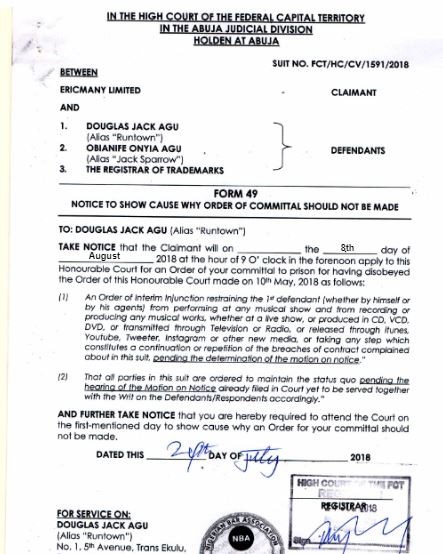 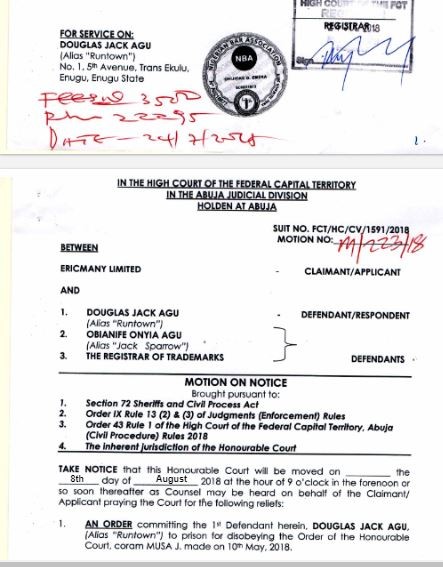 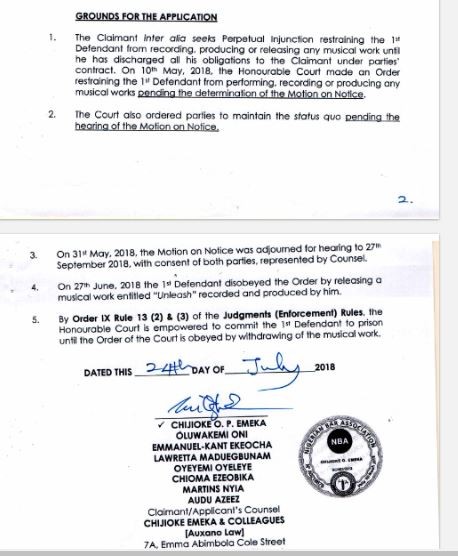 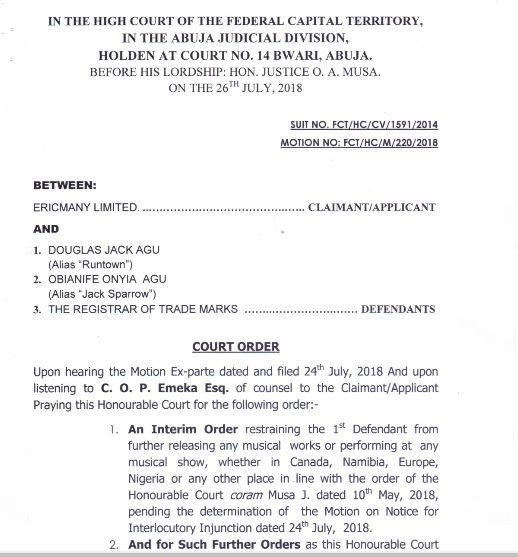 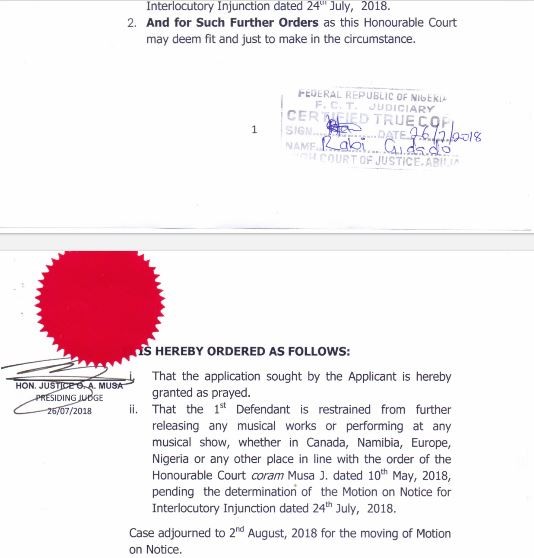