Reality TV star, Tacha seems to be fed up of people using her name for clout chasing, and this is coming after Stazz Award split an award category into two. 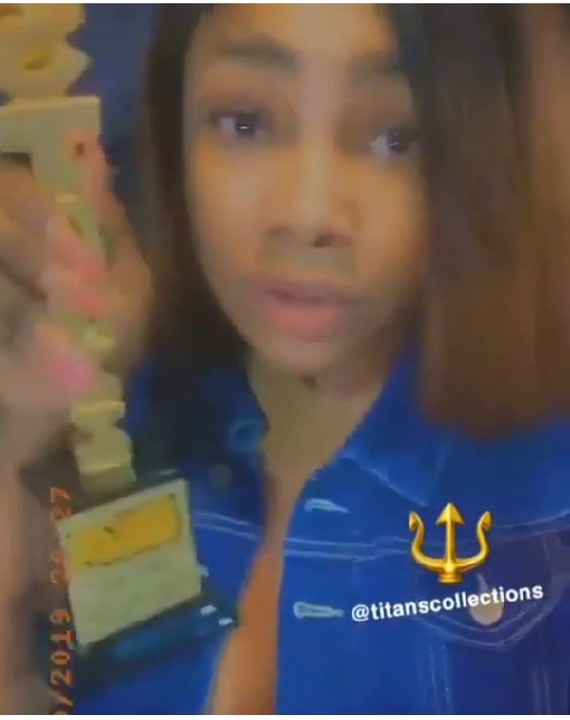 Tacha had originally thought the award was hers until Mercy was also announced the winner of the award.

The controversial reality star decided to warn her fans never to vote for her in any award category unless she states so via her social media account.

Tacha, Mercy, Shattabandle and other social media stars were nominated for the coveted “Emerging Celebrity Of The Year Award”.

Although, it was Natacha Akide otherwise known as Port Harcourt first daughter that emerged victorious, Mercy also clinched the “Emerging and Most Industrious Celebrity Of the Year” and this brought about a lot of confusion.

‘True Confidence Has No Room For Envy And Jealousy’ – Tacha