Chioma, Davido’s Bae has certainly had her fair share of social media trolls and people who bully her online.

According to her, many of them also come to her DM to beg her. Describing them as ‘weirdos’, Chioma said, ‘I’d start exposing people shortly. Imagine begging in my DM and trolling me on blogs’. 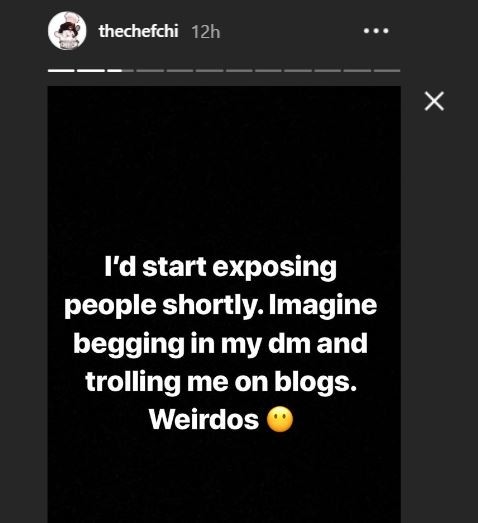