Sometimes, it takes meeting someone to fully understand and have better clarity on certain subjects. For comedian Funnybone, meeting award-winning author and acclaimed feminist Chimamanda Adichie was what did it for him. 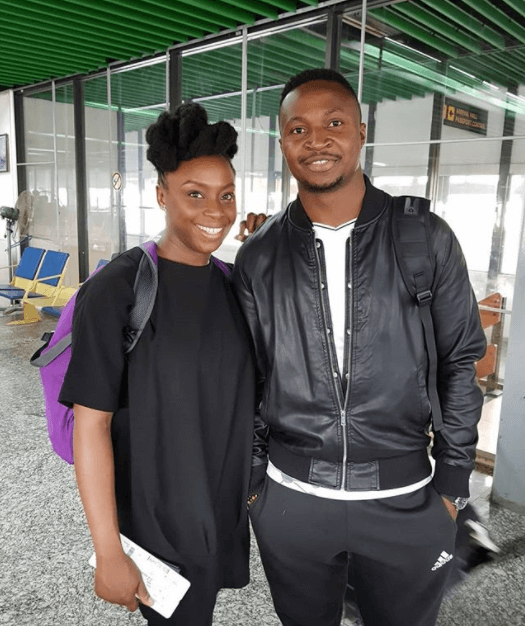 The comedian took to his Instagram to recount running into the author in London and having an enlightening conversation with her that made him understand what feminism is really all about.

Read what he had to say below.

i had one of the most interesting and thought provoking conversations of my life yesterday. such a humble and warm soul, her humility is out of this world. we argued , laughed and i asked questions, but with ease she addressed every question and i was left speechless. how can one person be loaded with so much knowledge, i totally understandd the concept of FEMINISM now more than ever before.
The concept of feminism is not only reaching out to men who stereotype woman, but also to woman who accept the stereotype and uphold it. gender should not be a limitation and if the woman is capable then she should do the job regardless.
i asked and she also cleared the air on the hilary clinton twitter bio issh, i must say that i agree with her totally. hilary didnt rise to the top because she was a wife or mother. she did so first because she was qualified to do the Job.
She also pointed out that there are EXTREMISTS in every human endeavour, be it religous or even political. so yes there are some extremist feminist too. those who totally misunderstand the concept of feminism and what it represents.
Never Judge a book by its cover they say. i naturally thought i was meeting some strong genderlised woman who wudnt even give you space to share your point of view, but she was welcoming and willing to put her facts straight to you calmly. her global exposure didnt defeat her origin. she speaks fluent igbo and understands the tenets of the igbo culture too.
Chimamanda Ngozi Adichie, chukwu gozie nnem