Nigerian afro-fusion artiste, Burna Boy will be appearing later today, Tuesday 13th of August on one of the most popular TV show in America and the world, The Daily Show with Trevor Noah. 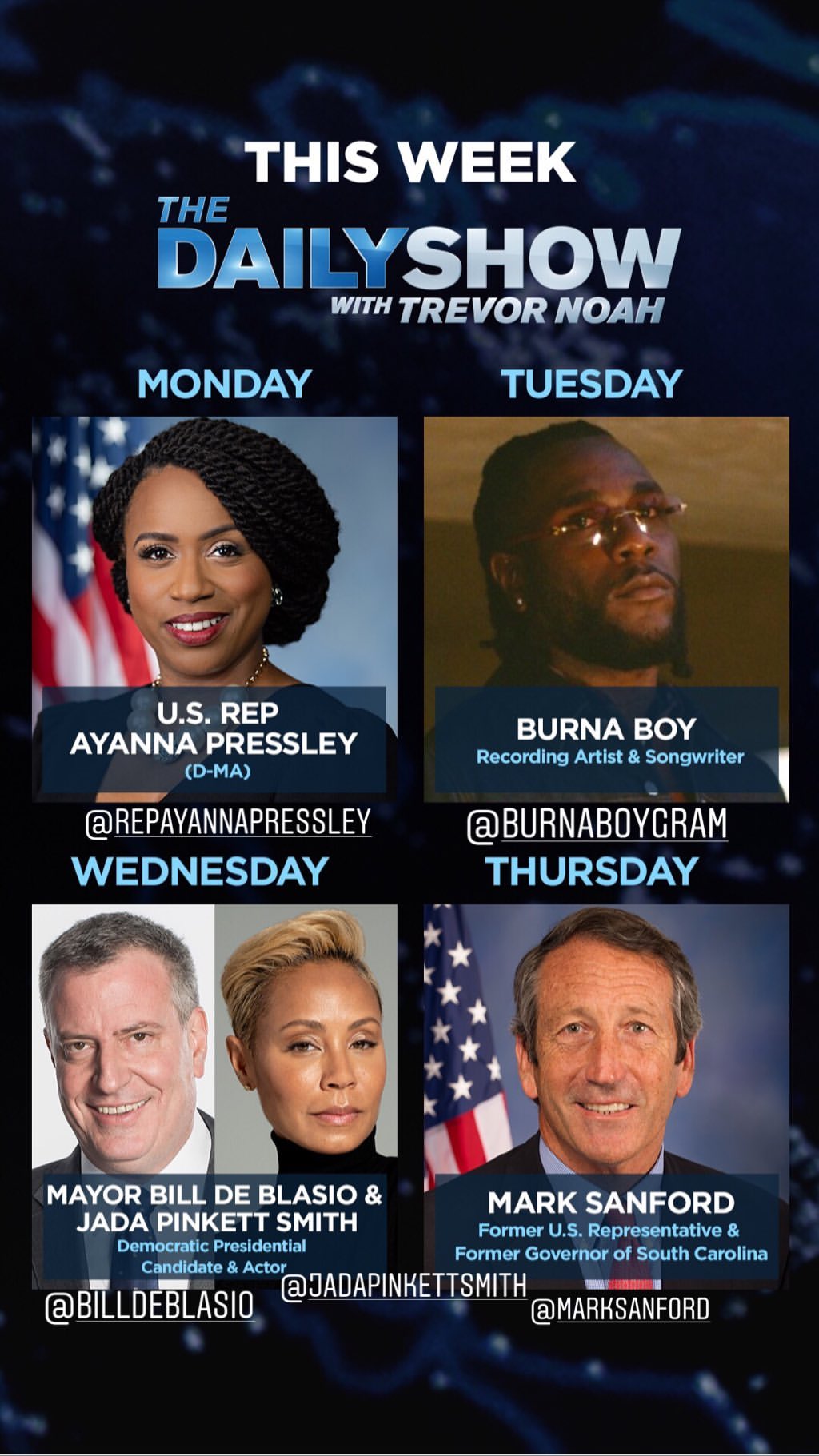 This news was shared on Instagram on the 12th of August via Burna Boy’s official fan page but not words from him yet as at the time of the post.

Burna Boy appeared and performed on the Jimmy Kimmel’s show on the 23rd of July prior to the release of his African Giant album which dropped on the 26th of July.

Watch his performance at the show below;